MANUEL MERILLAS CONQUERS MONT BLANC, FKT ON THE VIA RATTI

A record that seemed unbeatable until Manuel Merillas, a Spanish athlete born in 1991 and a member of the SCARPA team, put it in his sights. Wearing the Golden Gate Kima RT, the shoes with the carbon fibre plate immersed in the sole and capable of saving 2% of the athletes' energy, he ran at breakneck speed between rocks and ropes at a monstrous average of 7'55" per kilometre, after having set off at 4 am with a headlamp from the centre of Courmayeur: he was flying at 3'19" per kilometre. In the end, he managed to stop the clock at 6h35'32", more than eight minutes ahead of De Gasperi's previous record. 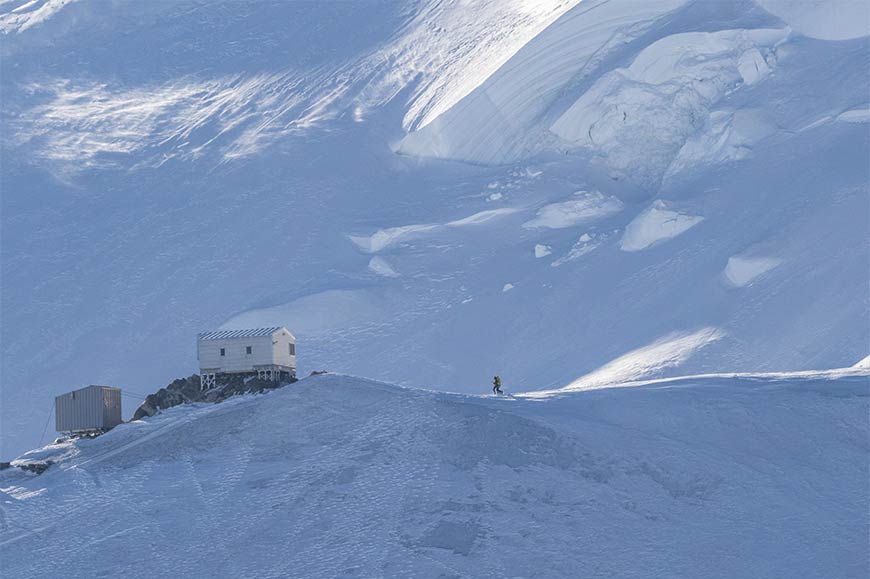 The record came thanks to an excellent performance. Merillas started surrounded by a staff of friends and mountain guides (Denis Trento should be mentioned) who secured the athlete in the most hostile sections and in particular on the glacier and arrived at the summit two minutes later (4 hours 15 minutes) than De Gasperi did in 2015. On the descent, he made up the difference and arrived in Courmayeur stopping the stopwatch hands on the new record.

"I've lived in the mountains all my life and achieving this great result makes me extremely proud of the road I'm on," he said at the finish line, beaming with adrenaline. De Gasperi applauded him with the rare and pure sportsmanship that goes hand in hand with the spirit of mountain running: "I have clearly lost something that used to belong to me, but now there is the happiness of seeing the wish of a friend come true, even before that of an athlete whom I respect".

FOUR TIPS AND ONE SHOE FOR RUNNING IN THE SNOW